The Earth, the Pyramid, and the Time Capsule 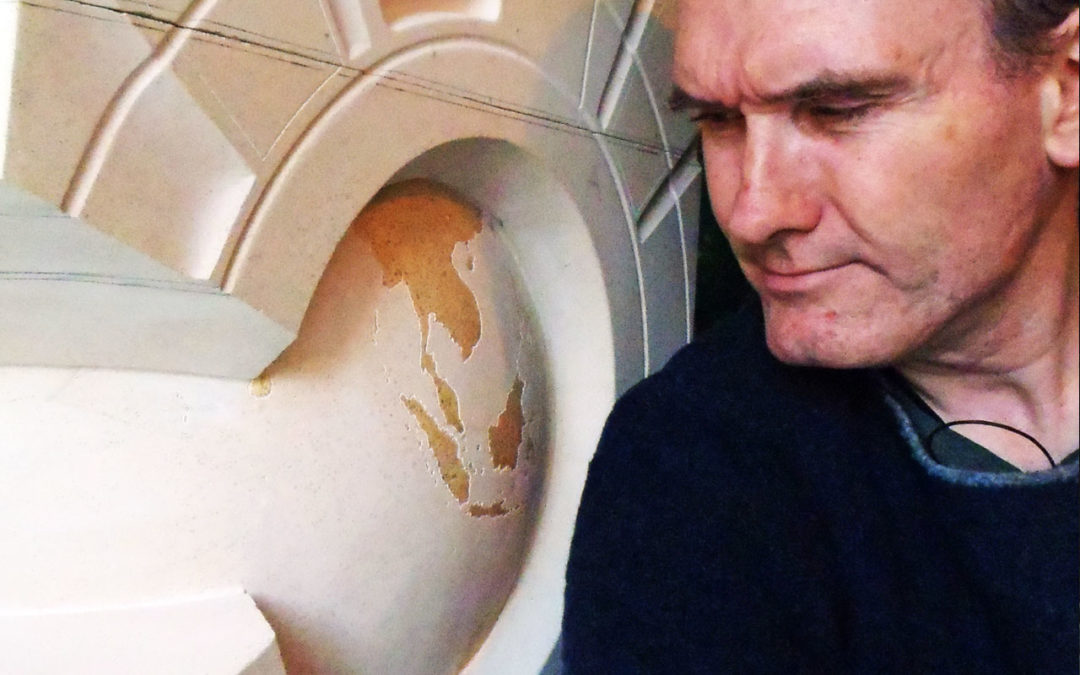 Lifting the lid on the time capsule

A newly added feature is that of two diagonally opposite recesses in two sides of the lid section. These allow a sure grip to remove the lid (which weighs about 30kg) either by one strong person or more easily by two. The lid locates onto an integral mortise and tenon feature on the top of the main cube section so it needs to be carefully lifted vertically about three inches before being removed – no easy task for one. 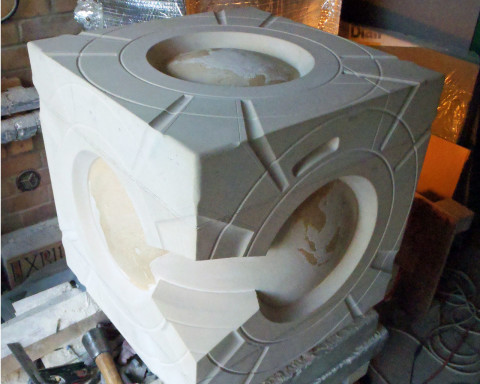 Handles on the lid allow for easier removal when opening.

The pyramid’s location marked in stone

The revealed sections of the Earth are equator-centric which has allowed me to make the location of the Earth Pyramid – Malaysia – central to one revealed quarter. An important factor considering that the time capsule will probably be rediscovered by people familiar with that part of the world. 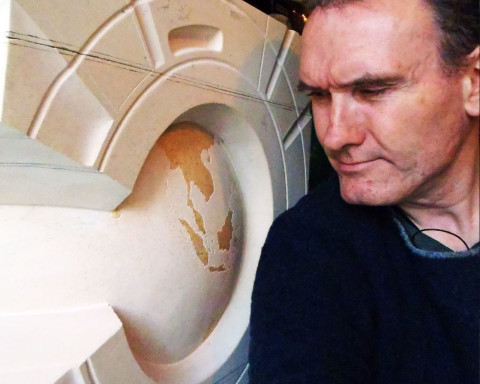 The Earth Pyramid’s location in Malaysia is clearly visible on one side of the cube.

The sphere within the cube

As more detail is added to the Earth, it is becoming more defined, appearing more as a separate sphere, cradled within the cube form. Adding to this effect are the two distinct characters of the cube and sphere – the one being of a purely geometric form and design – the other being natural and irregular.

Earth features on the Time Capsule

The surface of the Earth is now being given detail including land masses and oceans which are delineated with a finely incised line. Three different textures have been applied to the surface – the land is generally mottled – the sea is rubbed to a fine finish – and the polar ice cap is provided with a somewhat rough surface. In addition an acrylic sealant has been applied to the land to enhance the stone’s natural colour in those areas. I have not gone so far as to colour the stone, as I think it is important that the work is finished as stone and nothing else. Prominent lakes and rivers are marked but no man made features.

Work on the time capsule continues…

With two faces of the cube still to be worked, there is plenty still to be done. Along with the lid section’s recessed grips, eight lifting hand positions are to be carved on the bottom edge of the block. This will allow four strong men to lift the stone should no other means be available at the time of its discovery. 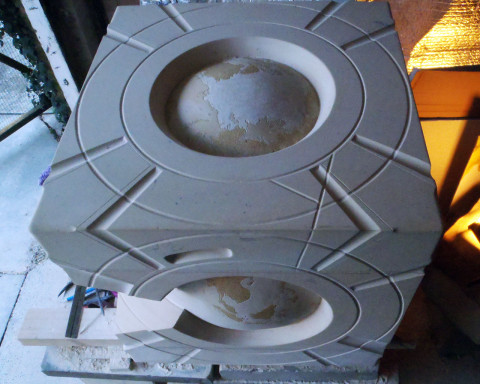 Can you find the secret elements built into the time capsule?

And the segmentation – a key feature in this design – where sections of the stone appear to be detachable and may or may not be so.

Then there are those secret elements. See if you can find them.