Earth Pyramid to be Built in Senegal 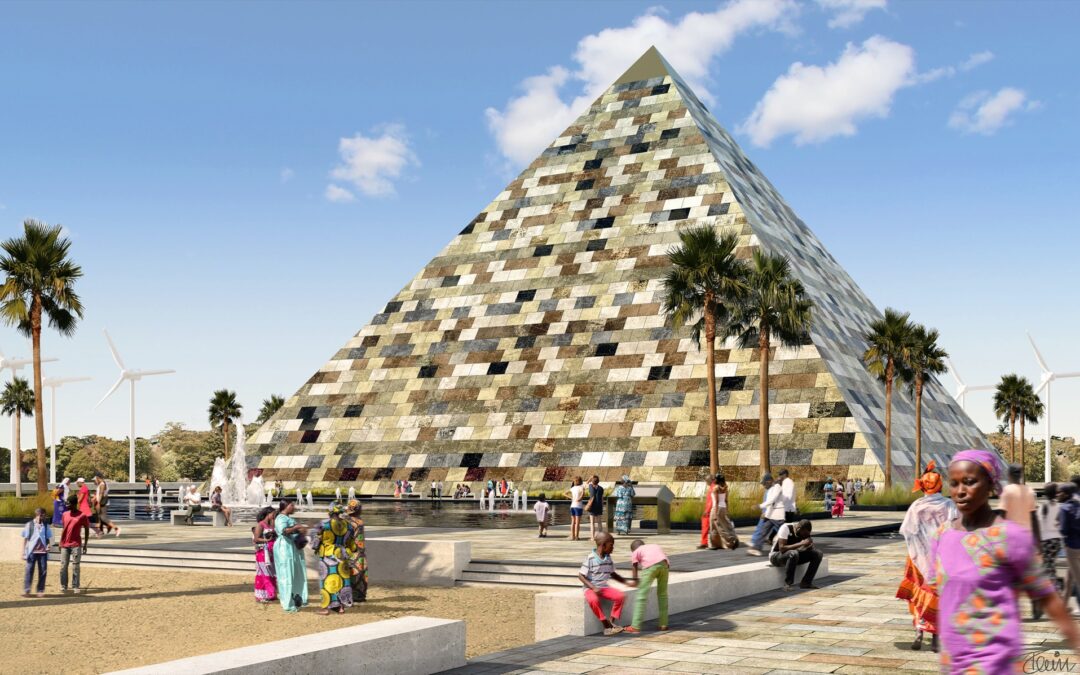 An ambitious project to construct a giant pyramid and time capsule, inspired by the COP15 climate summit in 2009, has moved a step closer with significant interest being shown by West African nation Senegal.

The Earth Pyramid project, aimed at promoting peace and sustainability through the creation of an iconic structure that reflects the lives of the entire human population, could generate up to $14 billion for social and environmental charities.

It would become the largest time capsule in the world encased within the largest pyramid built since the time of the Pharaohs.

Thousands of time capsules would be incorporated within the pyramid which would be constructed from various rock types from across the globe.

Twelve years in the planning, Earth Pyramid is the brainchild of Yorkshire-based New Zealand expat Steve Ward who has already garnered the support of a number of notable figures such as Nobel Peace Laureates Archbishop Desmond Tutu and Jose Ramos Horta.

“Any project that aims to get the people of the world working together in a positive way is worth supporting and the Earth Pyramid is such a project,” said Archbishop Tutu.

Steve commented: “As global leaders and climate experts gather for the COP26 summit in Glasgow, the earth pyramid project is a perfect embodiment of their aims to create a more sustainable and hopeful future for all of mankind.

“In recent years we have had interest shown by governments around the world but Senegal is the first nation to actively embrace the proposals.

“It’s a positive legacy we can leave for the generations to come and I’m delighted that Senegal is showing an interest,” added Steve.

Senegalese Senator Amadou Thiam, MD of the Senegal Tourist Board, commented: “The Earth Pyramid will be the world’s largest time capsule, capturing the hopes and dreams of our planet’s diverse cultures and potentially generating a $14 billion fund for environmental and peace projects worldwide. I am diligently working to make Senegal its home.”

Steve was motivated to start the project following a discussion with his young daughter during the COP15 summit in Copenhagen.