Sled Theory Test Is Another Success!! 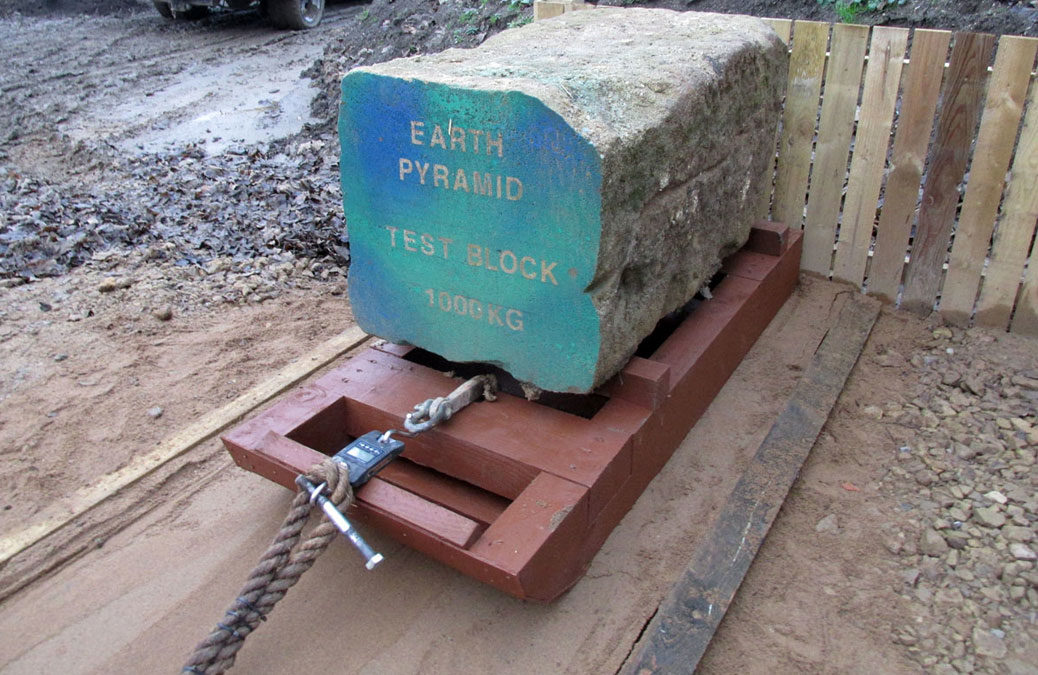 In late 2014 we succeeded in demonstrating that one man could move a one tonne block using a theory developed by the Indiana State University.

Just before Christmas 2014 we carried out another test on moving large stones based on research from the team at Amsterdam University. Their theory involved pulling a sled across damp sand that had been compacted.

Evidence for such a technique can be found in ancient Egyptian tomb reliefs, such as this one from the tomb of Djehutihotep from around 1900 BC, which shows a man at the front of the sled pouring water onto the path of the sled. 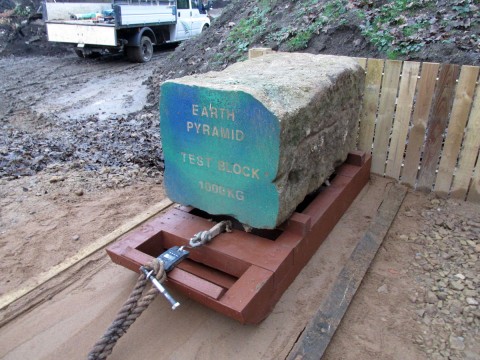 Figure 1: Sled and test equipment ready for the first pull

It rained the night before the test so the sand was ready to go when we arrived and all in all things went very well.  As we expected, the sled was a great deal harder to pull than it was using the theory from Indiana State University but it did pull smoothly and the dampened, compacted sand definitely had a bearing on this.

We sent our results off to Amsterdam University and they confirmed our results did match their theoretical predictions.  We did have a couple of results that didn’t quite add up so we intend to revisit the test at some point in 2015 to double check our results. 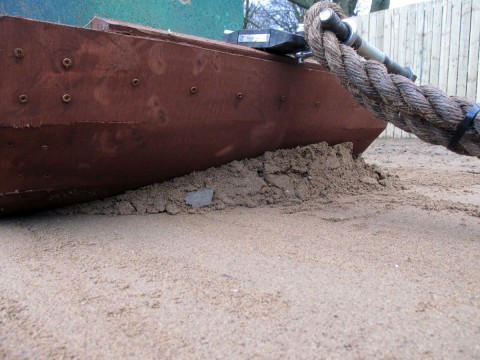 One interesting thing we did learn whilst researching for this test was that in ancient Egypt roads were created out of the waste limestone and a local clay called Tafla was mixed in. When dampened this mixture would have created a very slick surface ideal for pulling heavy weights.  As we now have the sled ready to go we will hopefully be giving this theory a go in the near future (albeit using a local clay).  It will be interesting to see how it compares to our past tests.