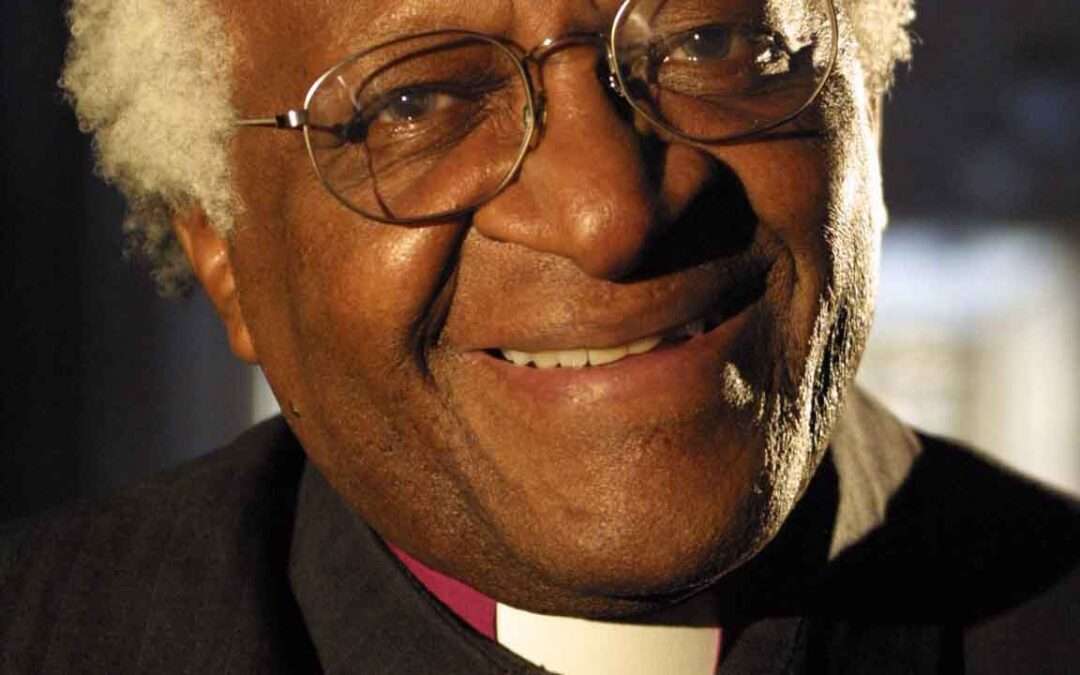 Like most people around the world, we here at Earth Pyramid HQ have been deeply saddened by the death of Archbishop Desmond Tutu.

Not long after we started the project we contacted the Archbishop’s office to tell him of our idea and see if it was something he thought was worth while supporting. We were delighted when we received back a lovely letter of support and humbled that a man dealing with international issues would take the time to support our fledgling peace project. 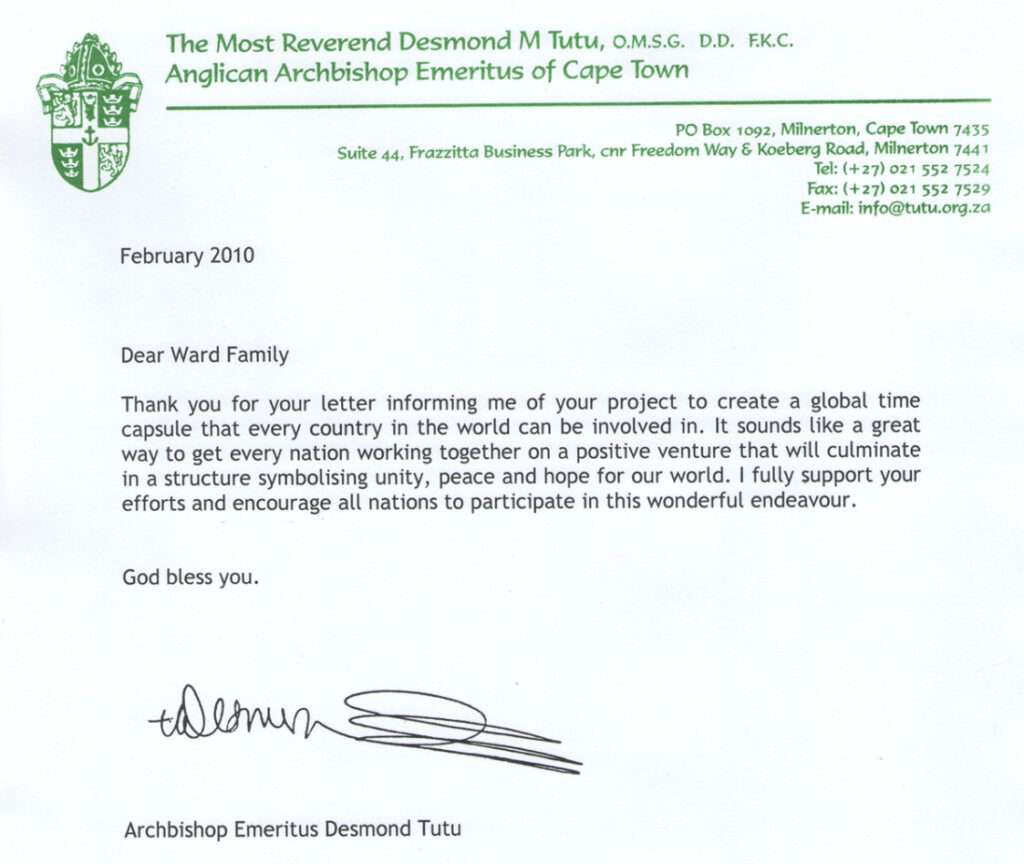 Soon after this we started work on a video about the Earth Pyramid with a team from Bradford University and once again we reached out to the Archbishop. Within 24 hours we received a reply back from his team saying he would be delighted to create a video for us supporting the idea. The finished video of support exceeding all our expectations and having a global icon like Archbishop Tutu lend his support has kept our team going for the past twelve years. On the back of his video global construction engineers Arup started to support our venture which took our idea to the next level.

I am sure he has done the same for a great many people and organisations around the world who are trying to make a positive difference but I don’t think he will ever know how much his support meant and will continue to mean. Whenever we struggled with aspects of the venture or frustrations built we would always use his video as a validation and incentive to keep going.

Our Earth Pyramid Logo is actually based on his idea of a “rainbow nation” as we took that idea and turned it into a rainbow world as you can see below. 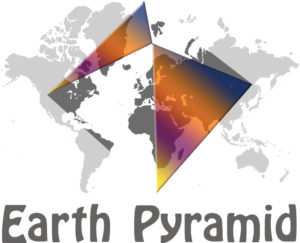 One of our deepest regret is that we didn’t complete the project before his passing as It would have been an honour to show him what his support has helped us achieve but we will keep going and aim to complete this venture he has been such a big part of.

On behalf of the entire Earth Pyramid team we would like to send our love and sympathy to the Tutu family and thank Archbishop Emeritus Desmond Tutu for his support, inspiration and belief that we can all make a difference.